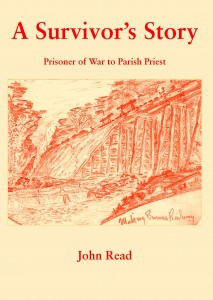 A Survivor’s Story, Prisoner of War to Parish Priest, by John Read, tells how John, working in a bank and a Sergeant in the Straits Settlement Volunteer Force in Singapore in 1941, was captured by the Japanese and sent first to work on the notorious Burma railway and then in a zinc smelting factory in Japan. The book falls into three parts, first John’s early history, then an account, remarkable for its lack of bitterness, of his captivity and finally his life as a priest after the war. John’s last parish was Pett in East Sussex, where he is still fondly remembered by many. He died in 2004. The book is illustrated with a number of John’s own drawings.